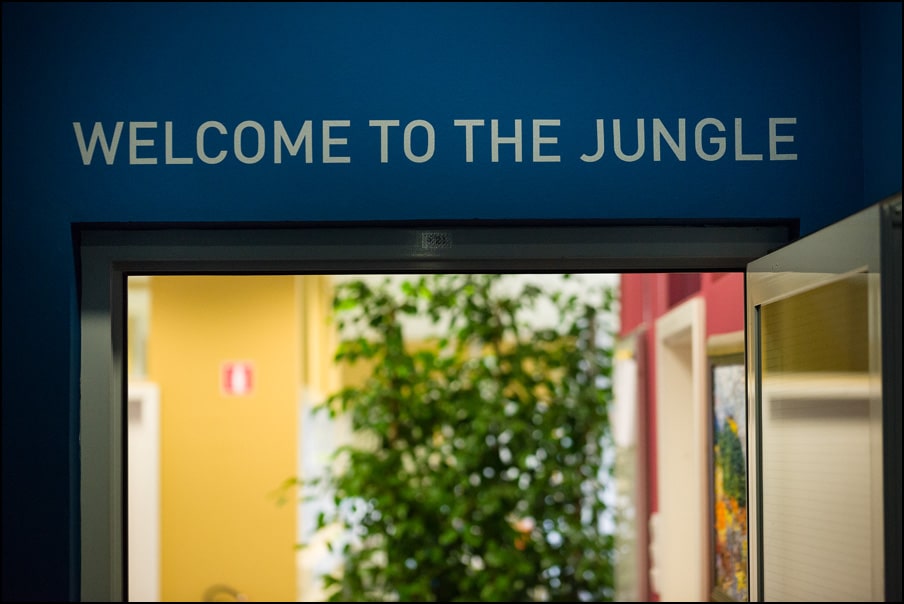 This is a guest post by Matic Kasnik, editor of matic360.org

I’m just typing this on a flight back to my second home in Bangalore after spending two weeks in Zürich and Slovenia. I like to make most of out my time, thus I attended several startup events this week in Slovenia, just to be in touch with the startup ecosystem and new ideas that are popping up in the bright minds. This always helps me to upscale my work and keeps me challenged.

My week was already packed and I barely slept for 4 hours per night but I wanted to leverage my time and make most out of it. That fueled me and brought me to attend a networking event with Dejan Roljic, who’s the CEO of newly founded kick-ass startup accelerator in Ljubljana – ABC Accelerator (You have to check it out, it’s that good). He was sharing his story on how he managed to create an accelerator which even the silicon valley geeks envy us. Hell, even some crazy guys came to the opening event from 500 Startups to witness who is disrupting the startup scene in South-East Europe. Check out the video below if you don’t believe me and get a quick glance into ABC Accelerator’s playground.

Me and Dejan go a couple of years back where he organized a summer school in Shanghai for Slovenian students to learn Chinese language, their business and get to know the culture. Even at that point he already founded a couple of successful startups which disrupted couple of industries.

Dejan has the energy and an attitude that drives people and constantly challenges them. He makes you feel comfortable and makes you laugh. Let’s the put sweet talk aside now and get back to the point.

How much  is an idea which you hold for yourself worth and never do anything with it? Well most likely, at least in 99% of the cases, it will die.

Why not sharing your idea? What’s the worst thing that can happen?

The young girl narrating the event asked him a simple question: “Dejan, if you could have a dream startup what would you do?” As he got a serious face for a second, he just smiled and said: ” I’m going to build Crowdring (that stands for crowd ordering). This will enable people to bulk order any product straight from the industry for manufacturing price. You want the latest smart ultra HD TV for 120 Euro? Checked. Get the best grill on the plant for 40 Euro out there to make those burgers? Checked.

He didn’t hesitate even for a second in sharing his dream. He already tried to realize this idea but obviously there were quite a few logistical challenges at that point. Yet still I know he will pursue his idea and make it happen. Because he’s one badass inspiring person who gets s#!t done. So the obvious question followed up: Why do you share your ideas?

Well it’s pretty much straight forward for him. If somebody will find a way to get this done, it would make his life that much easier because he wouldn’t have to struggle with all the processes and the unanswered questions. Instead he could just take that model, add a unique valuable feature on top of it and in disrupt the existing startup, creating a healthy competition. Thus it would push both to do more and innovate more. Hell, he even mentioned he’d point you to the right direction. Yes, he’s that cool.

And just to top that:

it’s way easier to take an existing model, make it better and scale it, rather than inventing 4D printers while we don’t even understand how to use 3D printers.

ere’s a little extra for you as well. When you’re thinking about crazy ideas which could take you from zero to hero, think about what kind of challenges people have. Solve their pain. Create a medicine for that pain, not vitamins. This is a recipe for success.

I love attending this kind of events and you should too. Why? Because you learn a lot and it can challenge us more and makes us reflect and think on how we can to hack and disrupt our lives the way we work. Constantly, every day, every hour. Never settle as there’s always something more you can do and achieve more. Get into the mindset of people who are the heroes of the industry. Tap onto that trail and learn from their mistakes, not your own. This will help you excel your own development and will potential save you s#!it loads of money.

How will you disrupt your day? What are the crazy ideas you’re playing with? Share your ideas and leverage that. Own them. I’d love to hear from you and show me some love by sharing this article (see the buttons on your left if on desktop or bottom if you’re checking it out on mobile) in case you liked it.